“Up your game with Achivi” 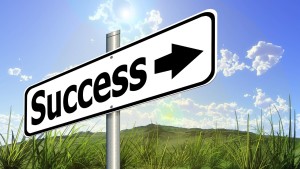 Being a competitor is a gift you have to earn. What is it that makes someone strive that much harder than the person next to them? Let me tell you about one of ours, then I’ll give you 4 competitor secrets from top athletes you’ll be sure to recognize.

Stretching ourselves towards greatness is an act in itself that feels spectacular. It is part of our philosophy surrounding the idea of why you should always look for ways to “up your game!” When you don’t give your best you know you’ve let yourself down. It feels horrible, because deep down you also know that moment is one you will never get back. Learning from others is an ideal way for you to develop your skills on how to sharpen your competitive edge ensuring that in life there is never a dull moment.

Who better to learn from than some top competitors’ stories surrounding success?

As a top athlete who has literally put himself through the ringer with four neck surgeries behind Peyton Manning, there is something that drives this competitor from a mental standpoint like no other.

“The thing that gives me peace of mind at night after a game, or after a season, is that I knew that I did everything that I could to get ready to play that game. I couldn’t have prepared harder.” Source: Academy of Achievement

When playing a game with Derek Jeter’s dad, he would never give Derek the win at anything even if he was only 5 years old.

“But he taught me a lesson: No one’s going to let you beat them.” Source: Men’sHealth

Hard work and a winning mindset. How Michael Jordan’s Mindset Made Him Great

Michael Jordan is the poster child for the ideology that hard work conquers all. What made him an incredible athlete drove him to excellence off the court as well. When you embody a growth mindset it can take you anywhere.

“I’ve always believed that if you put in the work, the results will come.” Source: USA Basketball

Passion and give it your all. The Essence of Mia

Mia Hamm’s unselfish ways combined with her unrelenting pursuit of playing the game for the greater good, which served as the foundation of her team’s ability to win, and win again.

“I am a member of the team, and I rely on the team, I defer to it and sacrifice for it, because the team, not the individual, is the ultimate champion.” Source: Goodreads

To leave a lasting mark, a legacy of any sort, is to lead a life worth living. What will you be known for? What positive impact will you have? What can you do to ensure you achieve what you want? One thing is for sure, calculated success takes strategic forethought and constant action… the marks of a true competitor.